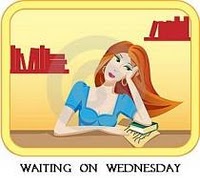 ”Waiting On” Wednesday is a weekly event, hosted by Breaking the Spine, which spotlights upcoming releases that we’re eagerly anticipating.

This week’s “wait” is also part of the 2011 Debut Author Challenge.

What if you knew exactly when you would die?

When sixteen-year-old Rhine Ellery is taken by the Gatherers to become a bride, she enters a world of wealth and privilege. Despite her husband Linden’s genuine love for her, and a tenuous trust among her sister wives, Rhine has one purpose: to escape—to find her twin brother and go home.

But Rhine has more to contend with than losing her freedom. Linden’s eccentric father is bent on finding an antidote to the genetic virus that is getting closer to taking his son, even if it means collecting corpses in order to test his experiments. With the help of Gabriel, a servant Rhine is growing dangerously attracted to, Rhine attempts to break free, in the limted time she has left. (Goodreads.com)

If you want to get fancy, Lucy lives in Portland, OR, and has a MA in Writing/Book Publishing, with a focus on Young Adult Literature, and a heaping disregard for literary snobbishness (she was an English Major–she’s seen and spouted her fair share). She works as a social media marketer, and has dabbled in developmental editing as a freelancer.
View all posts by Lucy →
This entry was posted in Other and tagged lauren destefano, waiting on wednesday, wither. Bookmark the permalink.