Musical Monday #2: Makin’s of a Song 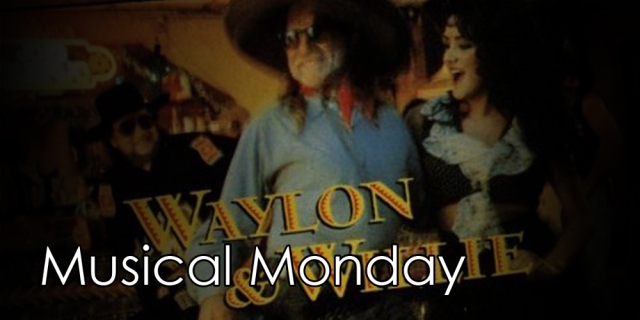 Happy Musical Monday! This is a totally small series I’m doing where I lean into the discomfort I have around talking about what music I like. Read my first post here, and buckle up for an odd combination of music and introspection.

“Makin’s of a Song” by Waylon Jennings & Willie Nelson

I’m not at all what you’d call a Country Music fan, but both my parents are from Montana, and we’d drive back every summer to visit family for a few weeks, so I guess you could say I built up an immunity. Most country is a little bit too melodramatic and twangy for my taste, and it tends to get associated with a ignorant and hateful mindset, which I’m definitely not about. But there’s something calming about country music.

Ironically, this song didn’t come to me during those summers as a child. My dad didn’t start really listening to Willie Nelson until I was in college, but he eventually stumbled upon the album Clean Shirt by Waylon Jennings and Willie Nelson, and although we were taking far fewer road trips at that point, it quickly became the soundtrack to family adventure. This album may not be one I’m drawn to on the daily (I don’t even own a copy of it), but I’m happy to leave the cd playing whenever I borrow my parents’ car, and the songs have stayed with me.

The album is basically about growing up. Being older and wiser than you used to be, but maybe no less willing to have an adventure. And this song in particular reminds me of how I view experiences. Sometimes things can be horrible, but at least it gives you something to write about later.

“Always send a big guy for the money
Don’t give ’em no excuse to do you wrong
Even when you lose you’re still the winner
At least you’ve got the making’s of a song..”

Lucy lives in Portland, OR, and likes to write about books, anime, and relatable teens living their lives (magical or otherwise). She's a co-host on the CLAMPCAST IN WONDERLAND and WRITE PLACE/WRITE TIME podcasts.
View all posts by Lucy →
This entry was posted in Musical Monday and tagged clean shirt, makin's of a song, Musical Monday, waylon jennings, willie nelson. Bookmark the permalink.